Kathryn Johnson is a prolific writer. She often tells the story that she wrote her first novel just to prove that she could. That fact, once established, has never caused her either to stop or slow down. At this point in her career, she has written and published more than 40 novels and won a number of awards, including the Bookseller’s Best Award and the Heart of Excellence Readers’ Choice Award. Her most recent novel, The Gentleman Poet: A Novel of Love, Danger, and Shakespeare’s The Tempest, was described by Publishers Weekly as an “entertaining tale of mystery, romance, and shipwreck,” and “a well-crafted drama.” 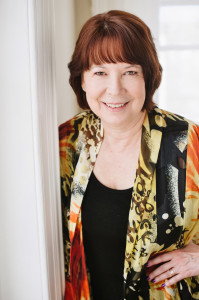 I met Johnson years ago at her “boot camp” for novelists, a course she was just beginning to teach at The Writer’s Center in Bethesda, Maryland. Johnson coaxed and inspired her students, her manner more akin to a hip, sweet aunt than a drill sergeant. Not surprisingly, the class is highly popular.  She continues teaching at The Writer’s Center in between speaking engagements at The Library of Congress, Mystery Writers of America, and Romance Writers of America; running Write By You, her mentoring service for writers; researching her favorite Elizabethan and Victorian eras; and (of course) working on her next novel. Johnson lives in the DC area and can also be reached at Write By You, on Facebook at Kathryn Kimball Johnson, and Twitter @KathrynKJohnson.  Those of you interested in historical novels may want to read her interview at Historical Novels.

HUERGO: You are such a prolific writer. What moves you to write? What sparks your imagination?

JOHNSON: I love the feeling of being in control of my world, and that moves me forward to write a next book. Yes, the imagination and concept for a story come first, but what pulls me fully into a fiction project is the ability to develop a world, then people it, and then weave a story that involves those characters and brings them to a new place in their lives. In real life, we have limited control, and sometimes all we can do is deal with circumstances the best way we can. But when you’re writing a book, you (the author) get to make things happen and can then resolve problems in whatever way you wish. It’s a little like playing God.

HUERGO: How much research do you do before or during the writing process? 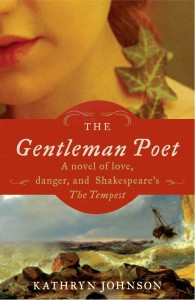 JOHNSON: I do research in three distinct stages. Stage 1 happens before I actually begin writing, and often before I even start on a plot outline. This is the dangerous part because research is usually easier (and sometimes more fun) than writing a first draft. So you can get sucked into reading journals and letters, ordering more and more books, visiting settings (“Gee, I really need to go back to London to double-check on the dimensions of the ballroom at Kensington Palace!”), interviewing people. All of that can hijack you because it’s so entertaining. Then you find you’ve been researching for three years and have no chapters to show for it. So I only do enough research to start writing. Stage 2 happens spontaneously, and usually several times, during the middle of working on the first draft. If I run into a wall and feel I can’t move forward because I desperately need more data, more details, then I look up what I need to give me a forward path. Stage 3 comes during the revision and polishing stages. Once I have a full manuscript with well-defined scenes and characters, and the pacing feels right to me, I do more fact checking and look for places in the story where the details are a little thin. Then I may need to go back to research the finer points, so that I can fill in gaps or make a scene more vivid, more tactile.

HUERGO: You have more than one nom de plume, including Mary Hart Perry. How do you develop those different identities and what role do they play in relation to your writing process?

JOHNSON: I’ve written under five different names during my career–so far. They are all me, all my voice, at least I think so. They came about not exactly by choice. When I started out writing fiction, I tried a variety of genres and audiences. So during the first dozen years before I was published, I wrote for children, teens, and adults. I wrote mysteries, romance, contemporary mainstream fiction, historicals. 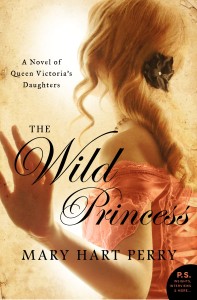 It just so happened that the first books that sold were a series for teen readers and an adult novel, both about the same time. I didn’t want kids looking up my adult fiction because it wasn’t appropriate for them. So I needed two names–my real name and a pseudonym.

Later on, when a publisher wanted a different type of book from me, they asked that I come up with a new pen name. So I had to add another name to the list. That happened two more times. If I had to do it over, I would publish everything under my real name. It’s just so much easier for readers to find and follow you that way.

HUERGO: I met you at The Writer’s Center in Bethesda, Maryland, where you were teaching (and still teach) a boot camp for novelists, The Extreme Novelist. How did you come to develop that course? What has that course taught you about yourself and about aspiring writers?

JOHNSON: I’m sitting here laughing at this question because the truth is–I never thought this course would attract enough students to run, or to continue as long as it has. I had taught a few fiction-writing courses at The Writer’s Center. One was Writing the Popular Novel. I enjoyed it, but it seemed pretty tame, nothing about it really sparked my interest. It attracted a wide range of abilities in the class, and we covered the basics of writing book-length fiction. I felt anyone could really teach that course. It didn’t challenge me, and I doubt it challenged my students.

I told my husband that I wanted to develop a course that would be for intermediate-advanced writers, for people who already knew at least something about fiction. I wanted to take them the next step in a very practical way. I wrote the proposal and when it was done I shook my head and told my husband: “This is going to scare them all off. No one will want to have anything to do with this. It sounds too hard, too demanding.” But he said, “Well, you won’t know until you try.” So I ran the announcement for The Extreme Novelist in the next The Writer’s Center catalogue. And darned if the class didn’t fill up. In fact, the wait list was so large, we actually ran a second class on a different night. I was amazed! Among other requirements, the students had to sign a contract committing themselves to writing 6 days a week, a minimum of 90 minutes each day, for the 8 weeks of the course. They also had to report in on their progress each week to the class. Their goal was to complete a full but very rough draft in those two months. And it worked. Not everyone finished their book, rough or not. But most accumulated 200 pages or so, and they learned how to budget their time and become dedicated novelists. Even better–they loved it! They loved the tough love and demanding routine.

HUERGO: I’m always curious about what writers are working on next. Can you share with us your current project? 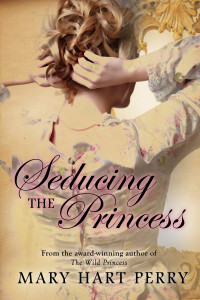 JOHNSON: I’m working now on the third novel in a trilogy of stories based on the lives of Queen Victoria’s daughters, writing as Mary Hart Perry. These aren’t creative biography though. Some of the facts and events from their lives are true. But the fantasy that is the plot is totally fiction. What I like about these books is that they combine all of the elements I love most in a good story–history, mystery elements, a love story, and active pacing. These really are Victorian thrillers–and probably a lot of the inspiration comes from my early love of Arthur Conan Doyle’s wonderful Sherlock Holmes adventures. It’s the same time period, and I get to play with the gas lights, grim poverty, the dangerous neighborhoods of London, like Whitechapel, where Jack the Ripper roamed, as well as set scenes in Buckingham Palace and portray the occasional ball. So far the first two books are doing well. The Wild Princess and Seducing the Princess. I don’t have a title yet for the third book, which I hope to finish this year. After that, I’ll wait and see whether my readers want me to continue the series, or not. Victoria had nine children. So, two more princesses, or I could write about the four boys in the family, some of whom have already been introduced in the first three books. We’ll see.