Melissa Scholes-Young was born and raised in Hannibal, Missouri, Mark Twain’s beloved boyhood home, and she is an Assistant Professor of English at American University in Washington, D.C., where she teaches composition. She is, as she terms it, a recovering high- school English teacher who also spent a few years teaching in Brazil. She earned an MFA in fiction at Southern Illinois University, where she served as an assistant editor for Crab Orchard Review. Her essays have appeared most recently in Brain, Child and The Huffington Post. Her fiction and poetry have been published in Tampa Review, Word Riot, Cold Mountain Review, New Madrid, Yalobusha Review, Mandala, and other literary journals. She writes regularly for Fiction Writer’s Review, and she’s been nominated twice for a Pushcart Prize.

I had the pleasure of meeting Young shortly after she contacted Unbridled Books to request an interview that would appear in Fiction Writer’s Review. We met at Teaism in DC’s Penn quarter on a cold, damp winter’s day and formed a mutual admiration society that began with our love for Mark Twain, the challenges of teaching college English, and our interest in history and historiography.

HUERGO: How would you describe your writing process? 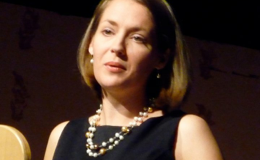 SCHOLES-YOUNG: Urgent is the first word that comes to mind. Because my writing time is limited—whose isn’t?—I dive into the carved out writing spaces frantically. I go in with a goal. I’m a Virgo. I also practice Buddhism, though, so the part I struggle to embrace is that what I learn through the writing process is usually different than what I intended. I was rewriting my first chapter last week and one of my minor characters kept speaking up. My goal was to polish the first chapter. Instead, I’m now layering another point of view character. The work may be better for it, or I may just learn more about the story through the exercise, but I have to embrace it either way.

HUERGO: What would you identify as the most difficult aspect of that process?

SCHOLES-YOUNG: The most difficult part is balancing the essential need for sustained silence with the urgency of wanting feedback. Have you read the latest literary life essay in Poets & Writers called “The Calm Before the Calm” by Daphne Kalotay? When I read it, it was exactly what I needed to hear at the exact moment I needed to hear it. I had just published an essay, “American Born Fear,” that I co-wrote with my partner, Joseph Young, in The Huffington Post.

“The more we feed into the fear component of terrorism, the further we get from recovery.
If we call the Boston Marathon bombers’foreigners,
even though they’ve been living among us for a decade, then we feel safe once again.”
from “American Born Fear”

When you write and publish something that public clearly you are seeking feedback. Our goal in the piece was to open a dialogue about the destructive “us vs. them” American response to the Boston Marathon bombers. The idea matters greatly to both of us. The feedback in the comments section was scathing and personal. It was also clear that many of the readers had missed our argument entirely.  Readers who agree with you or simply enjoyed the writing are mostly silent in online spaces. It’s too easy to move on to the next article or cat meme. Some of my friends liked the essay on Facebook. Most of my family completely ignored it.

HUERGO: How do you balance your personal life, your professional obligations as a professor, and writing?

SCHOLES-YOUNG: I think compartmentalization is the only way, meaning I have to literally write down on my schedule the moments when I’m writing. I mark them out on the calendar with a Sharpie. Then I fight against myself to maintain that sacred space. I have to resist the urge to throw in another load of laundry or bake muffins for the next day’s breakfast or grade essays. It’s not that I don’t grade or do the laundry or bake muffins—I make mean blueberry muffins, by the way—it’s that I have to respect myself as a writer, too. It’s something I’m learning. I wrestle with the compartmentalization all the time.  It’s important to me that my children see me as a separate person, as a writer, a mother, a partner, and a teacher. My job is to teach them how to do that. As soon as I learn that myself.

HUERGO: Does teaching writing help or hinder your own writing? 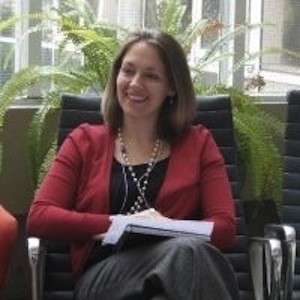 SCHOLES-YOUNG: I love teaching. It’s so essential to who I am as a person. The classroom and my students feed me. I learn from their fresh perspectives. Even when I am teaching a book or an essay I think I know well, a student will see something in the text that I’ve overlooked or they’ll consider the argument with a new perspective. I’m never bored when I’m teaching. I absorb—sometimes rob—my students of their energy. Poor things.

HUERGO: What’s your next project?