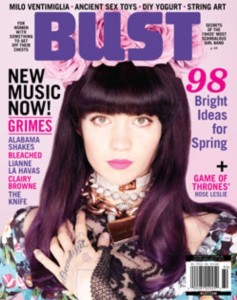 Writing is similar to running a marathon. But as a freelancer, you may find yourself crouched at the starting-line, waiting for the pistol to fire—or more literally, a pitch to be accepted—so you can commence the race—I mean, the writing.

From pitch to publication, a full year passed before my feature article, “No Man’s Band,” (about the International Sweethearts of Rhythm, an all-girl, interracial band of the 1930s and 40s) appeared in print, and I held the glossy paper in my hands. I sent my initial pitch to Bust magazine by email on April 26, 2012. It appeared in print in the April/May 2013 issue. As a bi-monthly, each of the annual six issues has a theme, and such constraints can make it difficult to get an article placed. Acceptance may feel like a roll of the dice. Compare this to the New Yorker, which is published 47 times annually, with five of these issues covering two-week spans.

There are many reasons for this long wait. Most often, it’s all about timing. Editorial calendars for

print magazines are planned six months to a year in advance depending on the publication. If a similar topic (even remotely similar) was covered in the last couple of years, editors will shy away, not wanting to appear predictable to readers. They are always looking for something fresh, surprising, on-trend or compelling because of its timeless quality.

The solution is to pitch more often, thereby increasing your chances of having an article accepted. Set a goal for yourself to send a pitch once a week or five times a week, whatever works for you. Try to vary your topics from music to health, or vary the type of article, from a long feature to a short service article.

While I waited for my “No Man’s Band” pitch to be accepted, I followed up regularly with the editor, showing my enthusiasm and reinforcing why my idea was awesome—often adding new ideas and angles so it wasn’t simply a boring reminder. Your goal is to make editors think they’ve got to get your article published or that they’ve got to know more about the topic you pitched. Eventually I was reassured when an email arrived that said,
“We’re very interested in working with you on this story, but we don’t yet know what issue we’d like to include it in. Once we get that straightened out, we’ll be in touch, but it may not be for a few months. We appreciate your patience.” They eventually decided to publish the article in their annual music issue. 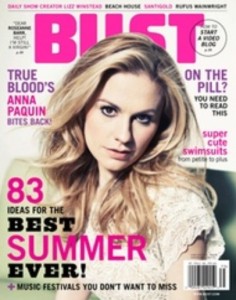 This wasn’t my first article for Bust, a feminist pop-culture magazine covering news, music, film, books, comedy/humor, and crafting. The first was a travel article on quirky, unusual things to do that go outside the typical tourist traps in Washington, D.C. While researching the Howard Theater for this article, I stumbled upon black-and-white footage of the International Sweethearts of Rhythm performing there in 1941. I was blown away by their music and stage presence and filled with questions. Who were these women and why had I never heard of them before?   Coincidentally, soon after I went to see The Girls in the Band, a documentary about the many all-girl swing bands during the 1930s and 1940s.

On August 8, 2012, I got the article offer, asking for a first draft by September 5th. They wanted 2,000 words in less than 30 days. My first draft was 2,432 words. Since I have a full-time job, I worked on this article in the evenings, weekends, and on my lunch break. I did research at the Library of Congress, Smithsonian Archives, and public library, taking notes from out-of-print books, vinyl record liner notes, and black-only newspaper articles. (Newspapers were segregated at this time in U.S. history). You must (or it helps to) love your topic when writing feature articles because you’re going to learn more than you ever thought possible. 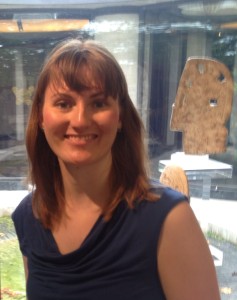 I got in touch with the director of The Girls in the Band, Judy Chaikin, and she gave me contact information for a couple of the Sweethearts. They were mere teenagers when they started the band in 1937 and were now close to 90 years old. Judy warned me that they would be hard to get a hold of since they avoided technology and telephones. I thought I would get lucky, so I kept trying various phone numbers, but my heart sank as the phone rang and rang. Sadly, most of the band members had passed away. Others were in nursing homes, dealing with poor health or dementia. One band member came through in the end; saxophonist Roz Cron, 87, was charming and cool, just as you would expect.

I was also able to speak with a child of one of the Sweethearts. Cathy Hughes, daughter of trombonist Helen Woods, was more than happy to take time out of her busy schedule (as an e-radio and television personality and a business executive for Radio One and TV One) to share her childhood memories of the Sweethearts. In total, I interviewed six sources, four of which provided information I was able to quote from in the final article.

I was well aware that magazine editors take a different approach than newspaper editors. Magazine editors expect you to write numerous drafts and want to have a hand in shaping the story. I once read an article years ago by a Reader’s Digest editor who said he expected writers to turn in a minimum of five drafts, but typically, it was closer to eight drafts. I went back and forth with the editors of Bust magazine six times. The editors were professional and supportive through it all. They were like the people who stand along the race route handing out paper cups filled with water. They even had an intern type up my notes, so by the time I came home from work in the evening, I was able to use those typed notes to finish the story right on time.

So, if fiction writing is a marathon, freelancing is a triathlon that requires meticulous note taking, solitary research, and then, as you are pushing through the fatigue, the ability to turn on the charm that will get you the best possible anecdotes from interview sources. Think of the word count tally as a mile-marker that tests your endurance and exercises your mind. Waiting for a source to get back to you is equivalent to a pot hole or a steep hill. Reading your byline in print is equivalent to tearing through the finish line and proving your status as a “freelancer.”

After living for years in N.Y.C., Sonja now lives outside of Washington, D.C. She graduated from Evergreen State College, where she studied English, Communications and Writing. As a freelancer, she loves to write about lifestyle/culture, travel, health and anything else that piques her interest. She also writes fiction and non-fiction and plays the ukulele.

A feature article about the International Sweethearts of Rhythm, an all-female swing band, and the surge of similar bands during World War II that blew America’s minds while they blew their horns.

“Oh, Say Can You See Our Quirky Capital?”

A two-page feature on atypical places-to-go and things-to-see in Washington, D.C.