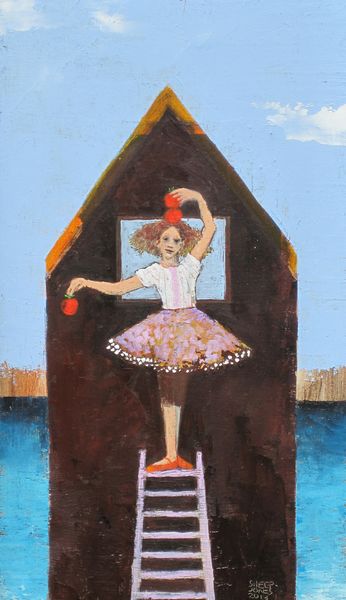 I met Richard Peabody at a local literary conference about seven years ago.  At some point in the conversation, he mentioned his Novel Workshop–how the idea came to him, how important it was to get a full critique of a manuscript instead of just the first three chapters, and I remember declaring that I would enroll in the next one. Since then, he has become an extraordinary mentor. I like to joke that he is our local Leigh Hunt–writer and editor, publisher and no-nonsense soul devoted to guiding and nurturing other writers.

As Lora Engdahl wrote of Peabody in the Washington Post in February 2011, he “has spent most of his adult life nurturing and promoting Washington’s literary output. Gargoyle, a thick doorstop of a literary magazine that he has published since 1976, has amassed a list of distinguished contributors, including eight National Poetry Series winners, five National Book Award winners, three PEN/Faulkner winners, three Pulitzer Prize winners, and winners of more than a dozen other honors. And he can count at least 30 former university, Writer’s Center and private creative writing students who have gone on to sell screenplays or publish books, including many with the most prestigious New York publishing houses.”

Aside from Gargoyle, Peabody’s latest work includes Speed Enforced by Aircraft, a collection of poems, and  Blue Suburban Skies, a collection of short stories. Of the poems, local DC poet Beth Joselow notes that Peabody “rides his love of language (‘the word Loggia turns me on’) to meet friends, family, strangers, students, urban detritus, pine forests, history, jealousy, love, war, moral failings and moral outrage without compromise.” And Tim Wendel, author of Castro’s Curveball and Summer of ’68, describes the short stories as a “fine collection [that] reminds us of the power–even the quiet grace–that can be found when memorable characters dare to reach out in turbulent times.” 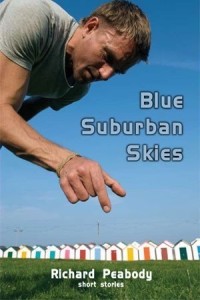 HUERGO: You have such an extraordinary creative range: you write poetry and prose, you edit and publish, mentor and teach. How are you able to find balance among these different activities? Is there one that’s closest to your heart?

PEABODY: Well, thanks, but the truth is I don’t find much of a balance. True, I wear a lot of hats, have a lot of responsibilities. All of which was a means to an end when I started this crazy business of writing.  I thought all of it would lead to a tenured full-time position at a college campus somewhere. Never happened. So after 28 years of being an adjunct creative writing instructor, I think it’s time to step back to focus on where I began and get back to my own work. 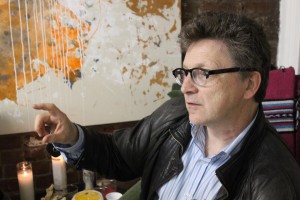 Why? Because it’s impossible for me to write anything long while teaching. I think I owe it to my students to offer them my complete attention.  I do get a lot of satisfaction from my student’s “getting it” and going on to land stories, and books. And I do manage to write prose poems and flash fiction at those times. I don’t foresee doing Gargoyle forever. I think I’m nearing the end of the run.  It’s like an addiction though, creating these objects, and I find it difficult to turn my back on the mag for very long.

PEABODY: I like the Opus machine that Politics & Prose [an indie book store in DC] has in their front room. The idea that you put the manuscript pages in one end and a published book comes out the other would be witchcraft to Gutenberg. Publishing changes every day. When I began my friends were still using mimeograph machines. The first typesetting machines I used printed out one single line of print that you had to cut and paste into columns.  My mom’s mom was alive when the Wright Brothers flew at Kitty Hawk, and she lived until the Moon landing. That’s the sort of change I think we’re seeing in the publishing world. 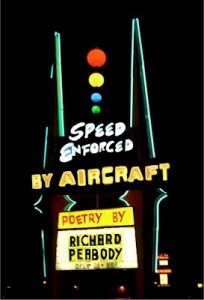 And while my printer owns and uses Publish on Demand (POD) equipment to print all of our Paycock Press titles and Gargoyle magazine issues since #50, it comes at a price. We live in a period when anybody can publish a book. In some ways that’s fabulous, particularly for short-run family histories, or info you might want to pass on to your kids, but all work is not created equal. Art is different than writing as therapy. The fear is that because we’re already drowning in information and books and because reading requires both time and participation, a large part of any potential audience will opt out for more passive forms of entertainment.

Self-published books equal the new Vanity Press with very few exceptions. That may have to change, but it hasn’t changed yet in the major New York publishing world. They may embrace e-books of the fan fiction ilk, but they don’t do it that frequently, nor do they mine the majority of POD or indie-press books for gold.

Yet, we now live in a downloadable world where singles are more important than albums once again, like the 50s and early 60s. I have friends who are turning individual stories into downloadable e-versions, or selling e-books. And that market is pretty much wide open. Social media helps any author get the word out, and I think we’re still exploring the multiple possibilities. Of course the death of Flickr means that a lot of this Brave New World is far from forever.

HUERGO: With the passage of time, what have you noticed in your students? 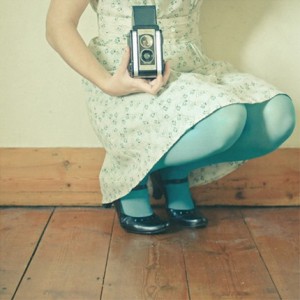 PEABODY: A lot of my students don’t seem to have the passion for reading that I had growing up. If you possess an innate curiosity about books, and titles, and cover art, poets and writers, I believe you’ll create something interesting. Too many would-be authors haven’t spent the reading time necessary to gain familiarity with what’s already available–the classics, works that made a real impact–which is just depressing. There’s no substitute.  If you don’t like to read books, then why do you want to write them?

My best students have blossomed through a process of my reading lists, writing to prompts, reading aloud to the class, critiques, and immersion in the work of their peers.  When it works, it works. And that’s a great feeling.  The ones who get into print, or land a book contract, are driven, open to suggestion, allow me to steer for a spell while they figure it out, and listen to their classmate’s opinions. Nobody agrees with every suggestion.  You must pick your battles.  I’m always willing to help my students. I have printed many of them in Gargoyle or in the many anthologies I’ve assembled.  In a lot of cases that exposure inspires them to push on. Gives them a taste of the possibilities.

HUERGO: I’ve taken your novel seminar and learned a great deal in the process. How did you come to develop that course? What has that course taught you about yourself, your writing, your students?

PEABODY: I’m certainly glad that the novel class worked for you!  I was frustrated with so-called “novel workshops” that only ever critiqued the first 3 chapters of a novel manuscript.  Whether it was a college class or a Writer’s Center [The Writer’s Center in Bethesda, MD] styled workshop, that’s about all that could be accomplished in a class of 15 students.  And when readers complain about fiction, I always tell them that they can pick a lot of books off the shelf and discover that everything falls apart in chapter 4, or with the 4th story, because only the first 3 chapters or stories were ever critiqued.

We did some Gargoyle gigs at the Writer’s Voice in NYC, and I saw a flyer for a Novel Workshop, one that read the entire manuscript and kept the classes to 5 writers max. Bingo. I ran with the idea and tried to persuade both the Writer’s Center and Johns Hopkins to let me teach a class like that. Struck out.  In the end I offered 7 class sessions for 5 students at $500 a head that would read an entire novel every 2 weeks. At first I ran it in a nearby coffee house, and when they changed ownership, I moved into the basement of my house. I’ve run it 10-11 times and 9 writers from the class have had their novels published.

I’ve learned that the only way to learn how to write a novel is to actually write one.  As ridiculous as that seems, many of my students simply don’t get that basic concept. I tell my students that until they have a 300-page first draft they don’t even know what they’re doing.  Students come to my class with what many believe is a finished manuscript and learn otherwise–not just from me but from 4 other readers who red pen everything. On your day we discuss your characters as though they’re real people for 2 ½ hours without your being able to talk/defend/argue. It’s a real gut punch for many. And yet, I swear by it. We’ve done all kinds of novels in that class–sci-fi, literary novels, pulp fiction, young adult, westerns, romance, you name it.

HUERGO: I’m always curious about what writers are working on next. I finished reading Speed Enforced by Aircraft, your most recent volume of poetry, several weeks ago and enjoyed it. Your voice was so clear and present. Can you share with us your current project? 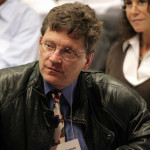 PEABODY: My big news is that Alan Squire Publishing is gathering together a gazillion pages of my published and unpublished fiction, poetry, and nonfiction, into The Peabody Reader. I’m both ecstatic and scared to death.  (The idea is based on the Viking Portable Library volumes.)  That anybody would consider my work for something on that scale is mind-blowing.  Rumor is it will appear in late 2014. They’re talking 500 to 750 pages.