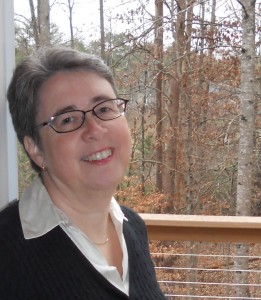 I entered my first short story contest in 2009 on a dare—and won. Until then I never considered submitting a story for publication. I thought of myself as an unpublished novelist, not a writer of short stories. Since then, I’ve had four more stories and a poem published. But this is not a story about publishing. It’s a story about the dare.

A few months earlier, my writing group had launched a non-profit writing center in Charlottesville, Virginia, called WriterHouse. The deadline for the annual fiction contest sponsored by the local free weekly newspaper was approaching. The competition was popular because it was judged by John Grisham. The seven of us in our writing group, now the board of directors of the nonprofit, decided it would be good publicity for our fledgling organization if one of us won the contest. So, on a dare, we all submitted stories.

A few weeks later, Grisham made his decision. My story won first place, and third place went to a story from another member of our group. The first sentence in the article announcing the winners was:  “It may just take one to read a story, but it takes a community to inspire a winning entry.”

That opening sentence perfectly captured the spirit of what had happened. I was inspired to do something I hadn’t thought of doing because a group of us were doing it together. Certainly founding WriterHouse, a writing community center, is not something any one of us would have undertaken alone. A writer’s voice can carry far, but it carries farther when it is amplified by community.

In the five years since WriterHouse was founded, dozens of our members and students have been encouraged by their instructors and fellow writers to send their work out, and dozens have been published, some for the first time. Writers who had never dreamed of reading in public have stood before audiences and shared their work, and then come back to do it again and again. The best writers are full of self-doubt and anxiety, which can silence them if they let it. Sometimes we need a push from a friend to take ourselves where we need to go.

At WriterHouse there is a Science Fiction/Fantasy group that meets monthly. In between, they stay in touch using an email list. One day a new member of the group wrote an email about having just read an article that convinced her she was a terrible writer. She was about to quit writing. Within five minutes there was a flood of responses from the rest of the list. “Keep trying,” they told her. “Don’t give up. We’re here for you.” The rest of the group hardly knew this woman, and yet they wanted to boost her back up onto that high wire and hold her steady until she could balance herself once again. Reading those messages made me proud to have been a part of bringing those writers together.

It’s not easy to find other writers who will support us. There are those whose first question is “what’s in it for me?” rather than “how can I help?” There are some who only want to be admired and told their work is perfect as it is, who don’t understand the difference between support and uncritical validation. But out there somewhere is a community for every writer who is sincere, honest, and generous. If your town doesn’t have an organization like WriterHouse, consider taking a writing class at a community college, starting a book club, or running an ad on Craigslist. It may take some trial and error to find fellow writers.

Don’t settle for a group that doesn’t nurture you and your art. But don’t expect it to be free. You must be willing to extend yourself toward others as well. Sometimes you will give much more than you get. But if it’s the right group, they will be there for you when it’s your turn. They will commiserate with you when you receive rejections. They will celebrate with you when you receive acceptances. They will tell you when your writing needs more work. They will laugh when you write something funny, and they will shed a tear when you have written something moving. Most of all, your community will dare you to be your best.

The View from My Chair