Wearing three hats is uncomfortable.  Wearing more than three is unwieldy to the point of 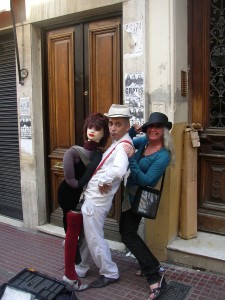 immobilizing you, which is probably just as well because you look ridiculous.  The hats I totter under are beret, mortarboard, schoolmarmish cloche, black prison uniform cap, fedora with press pass stuck in the brim, and flapper’s feathered whimsy.

There’s a chronology to this list—the hats represent poet and fiction writer since age 19 (when my first story was published in a magazine); college grad/grad school survivor (1956-62); newspaper columnist (80s through 90s); volunteer with The Writers’ Club at the Maryland House of Correction for Men (80s and 90s again); schoolteacher/professor (1961-2011); and publisher (1974 to present). I claim the flapper feather because the nonprofit literary press I have directed for more than 40 years, BrickHouse Books, Inc., was just named Baltimore’s 2013 Best by Baltimore Magazine, occasioning my feathered attendance at the magazine’s speakeasy-themed celebratory bash.  Over the 50+ years I’ve been piling those hats on, I rapidly doff and don them in varying orders (cf. the great hat-passing scene in Waiting For Godot). 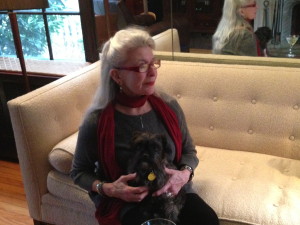 Asked about “transitioning” from, say, teaching and/or writing to publishing, I have to reply that there have been no such seques. Starting almost from the moment I announced to my astonished (and probably rather disheartened) writer/editor/teacher/administrator parents that the things I would never grow up to do were writing, publishing,teaching and administering (oh, by the way, I chaired Towson University’s English Department for a decade), I began doing all those things.

The one activity conducted by both my parents which I did not rule out was parenting, and in retrospect I am convinced that the refuge of ordinariness, even (dare I say) emotional health which I gained by having my two lively, interesting, curious, smart, busy children around most of the time from my late twenties through my fifties is why wearing all those hats worked out pretty well. It made my schedule almost make sense: they were my constant while I was doing some writing either before everybody got up or after everybody went to bed; teaching at “Beltway University” (the 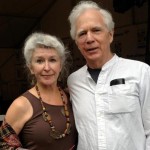 adjunct thing, driving from, say, UMBC [University of Maryland, Baltimore Campus] to Goucher to Towson University) to teach a couple of courses at each place; driving a carpool; cooking dinner (what sensual pleasure we writers find in cooking!), and so on. I’m sure you all know the drill. My point is that virtually all my poems, stories, and articles came out of those activities more or less directly. It wasn’t exactly that I wrote about those activities. It was that they set off a noise in my brain, a hunger in my gut, providing words and images which hooked together in ways that surprised me.

I think being in a state of constant surprise is one of a writer’s most essential work-tools—that and, of course, obsession. A few years ago there was a PR campaign for some worthy literary enterprise which featured the question, “If you couldn’t write, would you die?”  A writer is supposed to answer yes, of course. For me the question got it backwards: in order to make me not write–not think in words and images, whether or not they ever got down on paper, you would have to kill me.  Knock on wood—Irish style, fist to skull: I’m still alive–and sporting hats.